With a ₹120 crore construction cost, this stadium will have a total capacity of 20,000 and will be the largest hockey stadium in India. The stadium has been named after the tribal leader, Birsa Munda (Famous Freedom Fighter). It is being built to host the 2023 Men’s FIH Hockey world cup (to be held in Odisha, India).

OpticVyu got an opportunity to monitor the construction progress of India’s largest hockey stadium.

The project is of extreme importance to the Indian sports association & the fast pace of construction of such a big project will set a benchmark for many more upcoming projects in the country. That’s why the progress videos showing the extraordinary work progress have to be generated & shared to create transparency with the common man & for showcasing the sports infrastructure development in India to the international media.

As it’s a government-owned project, several officials want to stay updated on the project’s progress.

The stadium is being built to host the 2023 Men’s FIH Hockey world cup, so the sports officials also want the progress updates on their desktops.

In this project, OpticVyu’s main challenge was to keep everyone in the loop of regular progress updates on the construction of the Hockey Stadium.

OpticVyu site engineer ensured the camera installation in a place where the camera captures the maximum possible area.

For such a high-profile project, OpticVyu’s main focus was to provide high-quality progress time-lapse videos. These time-lapses were being internally shared to keep everyone updated on the project’s progress.

At the end of the project, OpticVyu will deliver a professionally edited, complete project time-lapse video for all government officials to use in the press release (or for other purposes).

The final time-lapse video will deliver huge branding and PR benefits for everyone involved in the project. The time-lapse monitoring solution provided to the Birsa Munda Hockey Stadium project team is helping them coordinate accordingly with huge benefits. 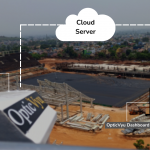 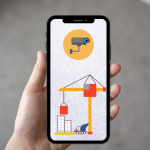 Why Is Remote Monitoring Essential for Every Construction Site? 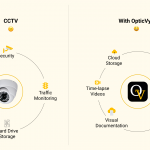 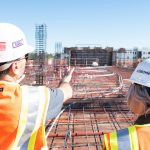